In an attempt to solve this problem, I made a proof of concept prototype that introduced a geocache detail preview to the map experience. It tested well, which initiated this project.

To gain a better understanding of user needs, we posted an open poll on the geocache details page asking what users were doing there. The most common answers informed options for a second (closed) poll. 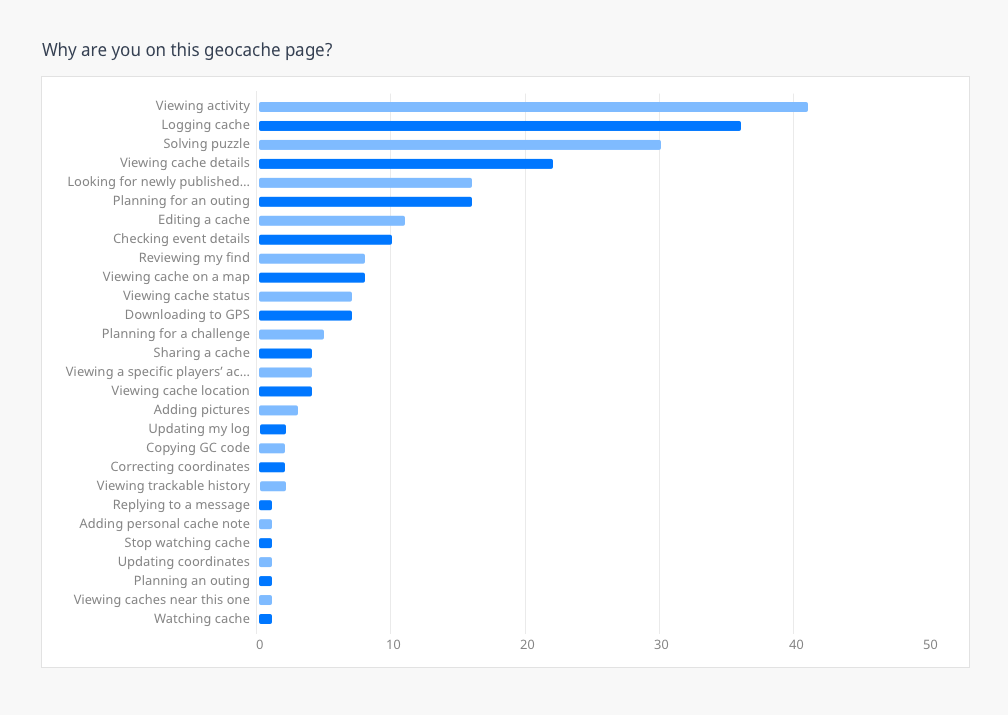 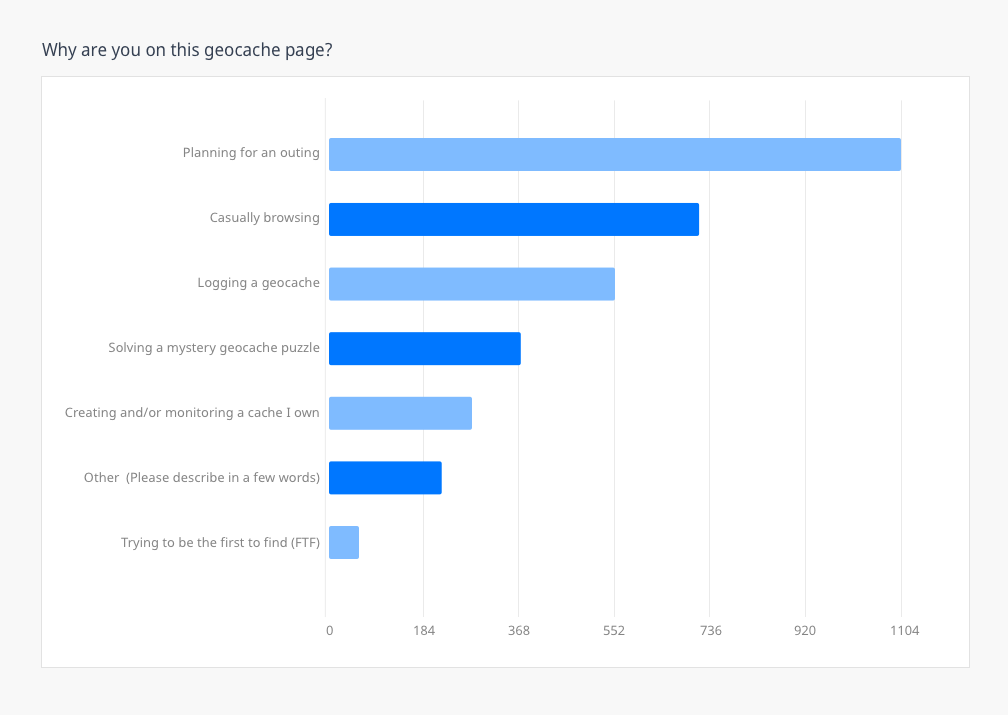 I focused on the 3 most popular responses from the closed poll, and recruited users from those groups for research. I conducted phone interviews and a virtual card sorting exercise with each participant, then lead a research debrief with the development team. We collaborated to create 2 distinct personas: users who were planning geocaching outings, and users who were logging geocaches they’d already found. 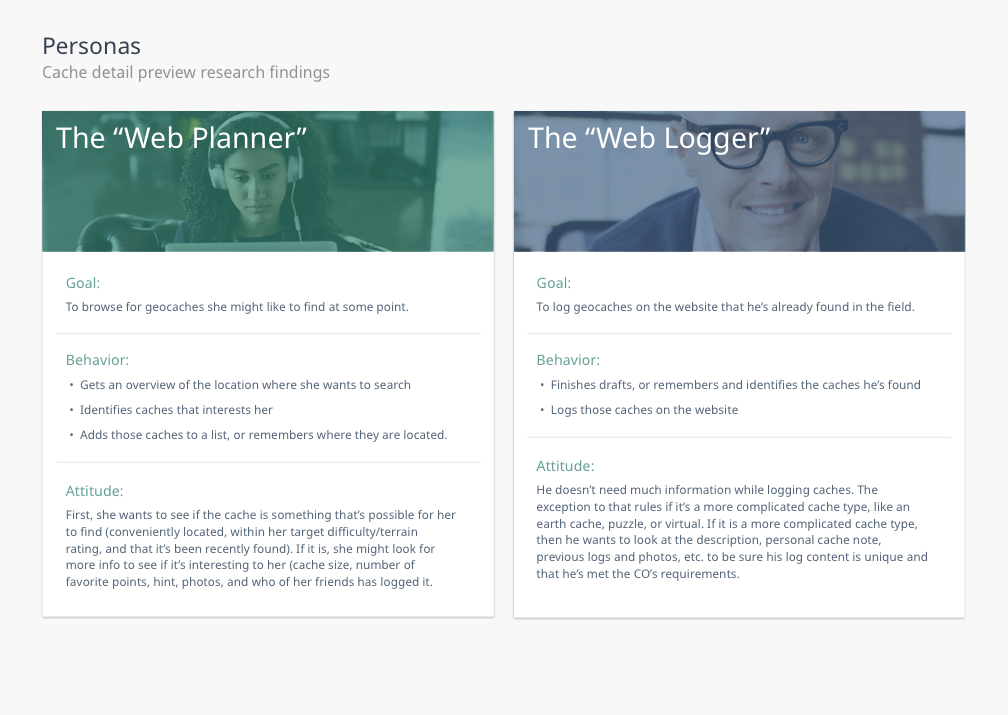 I worked with the development team to create a user story map, and to slice the project into 3 releasable milestones that prioritized the top-rated data from user research.

Using the test findings from round 1, I created an updated prototype. This prototype tested without any usability issues.

I worked with the dev team to implement the first milestone, and we released it as an A/B test comparing (A) the map experience without a geocache detail preview, and (B) the map experience with the geocache detail preview (milestone 1). Qualitative testing and user feedback showed improvements on the usability issue. Metrics from the A/B test are unavailable.

To solve a usability issue that arose in the Geocaching Map release feedback, and to increase engagement by 0.5%

I collaborated with another designer. She submitted the research polls before handing the project over to me for the rest of the design process. I worked closely with a team of 3 engineers, 1 front end developer, and a product manager to implement the design.
Previous Project (p) Logged in homepage
Share 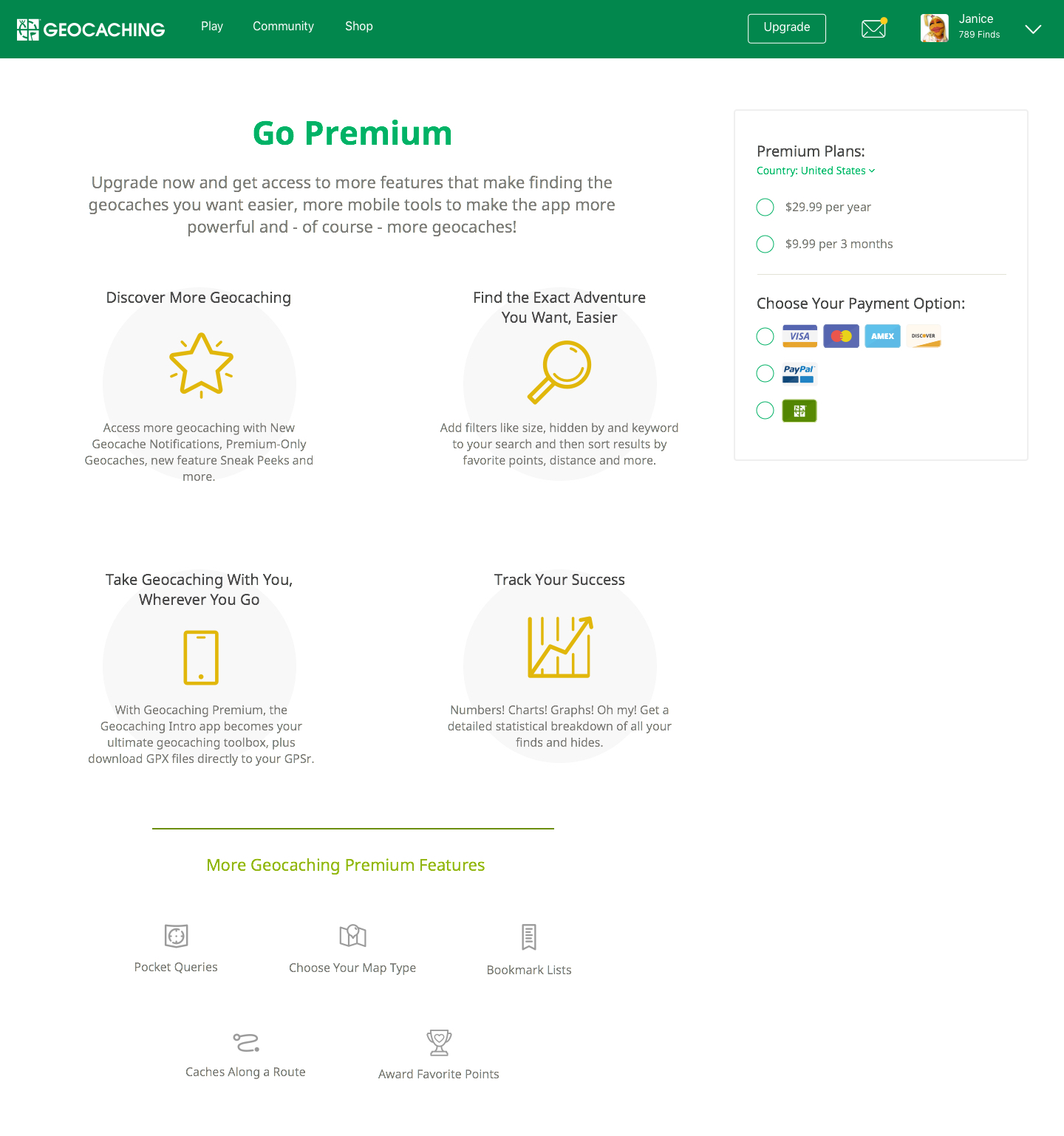 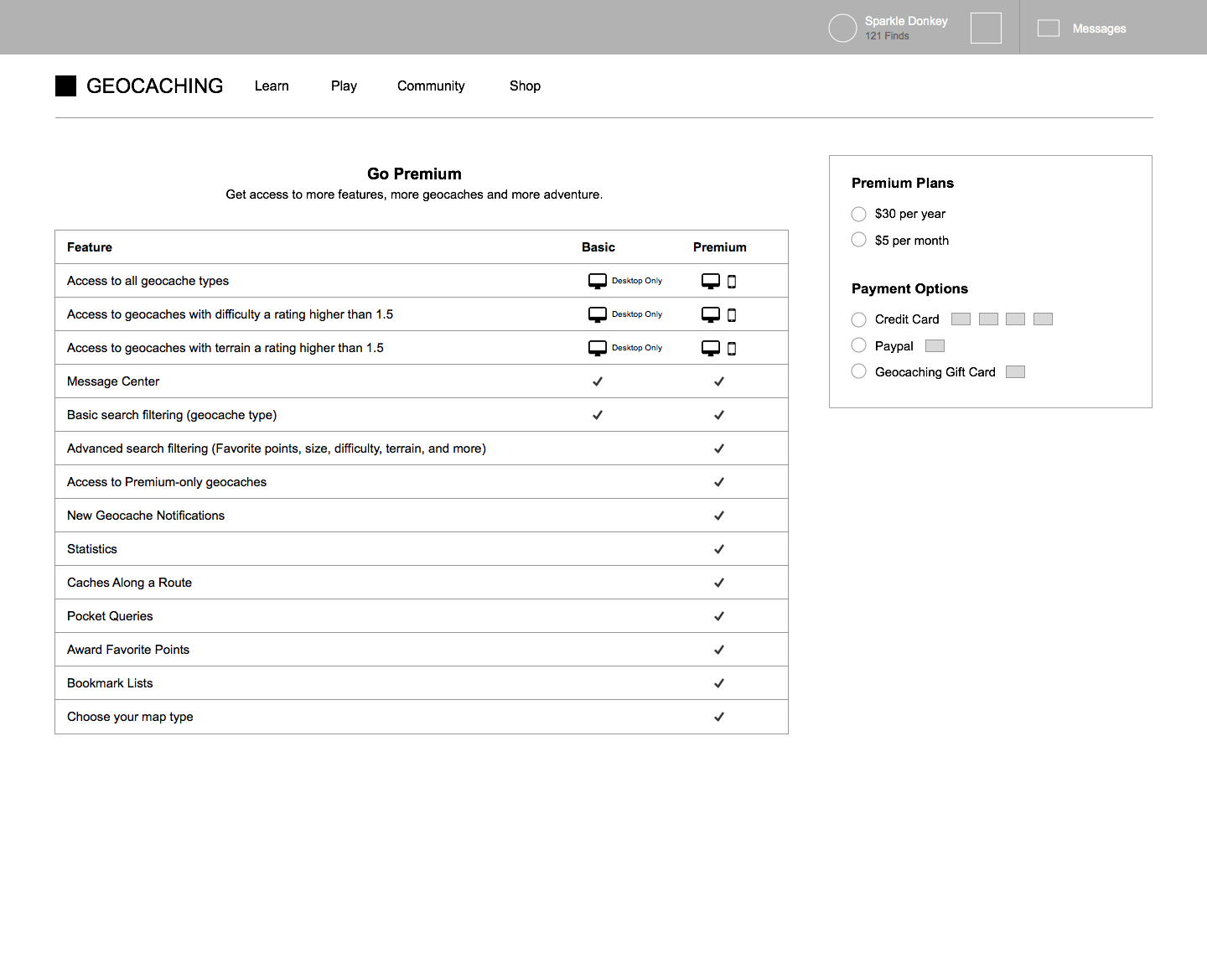 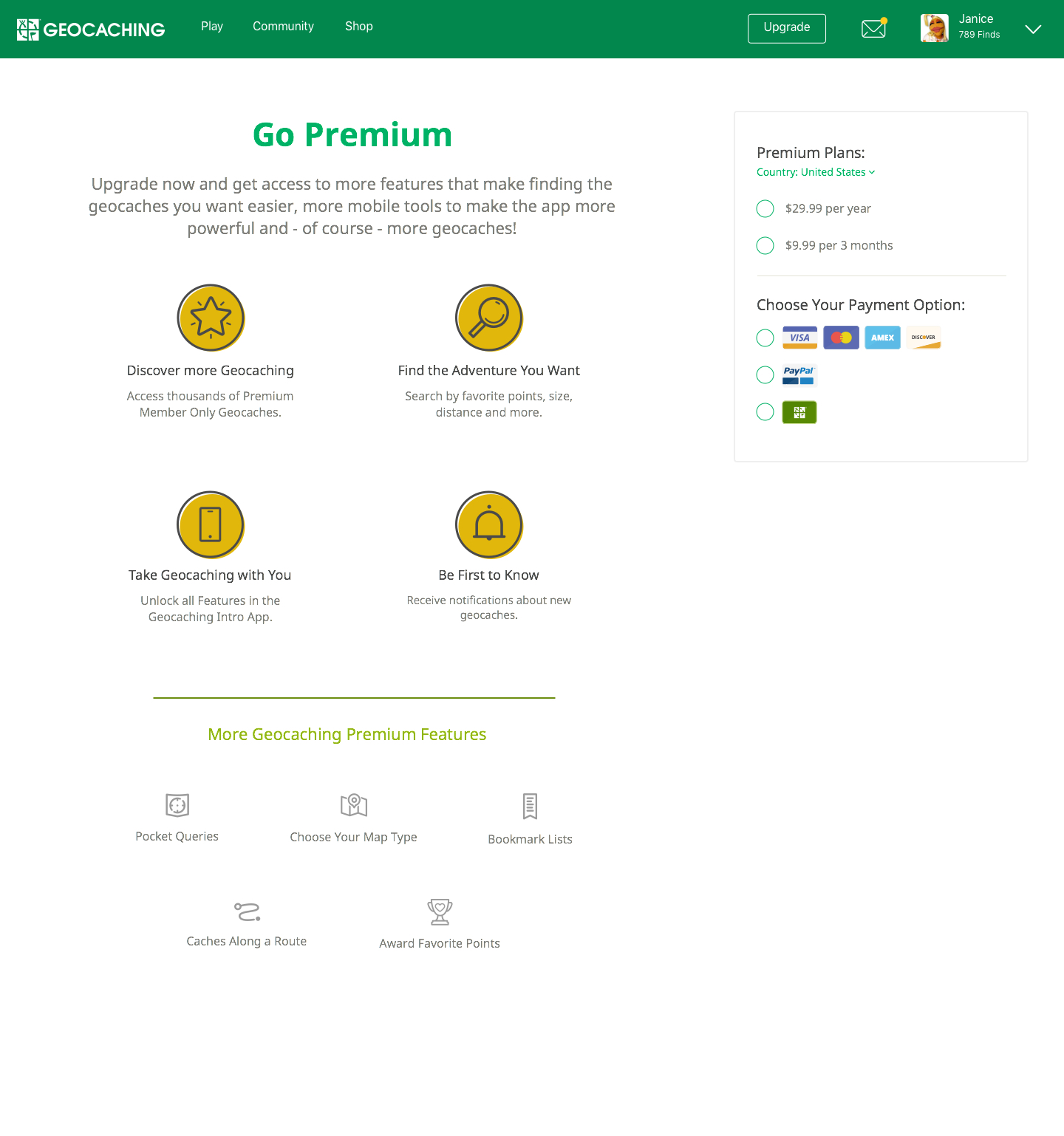 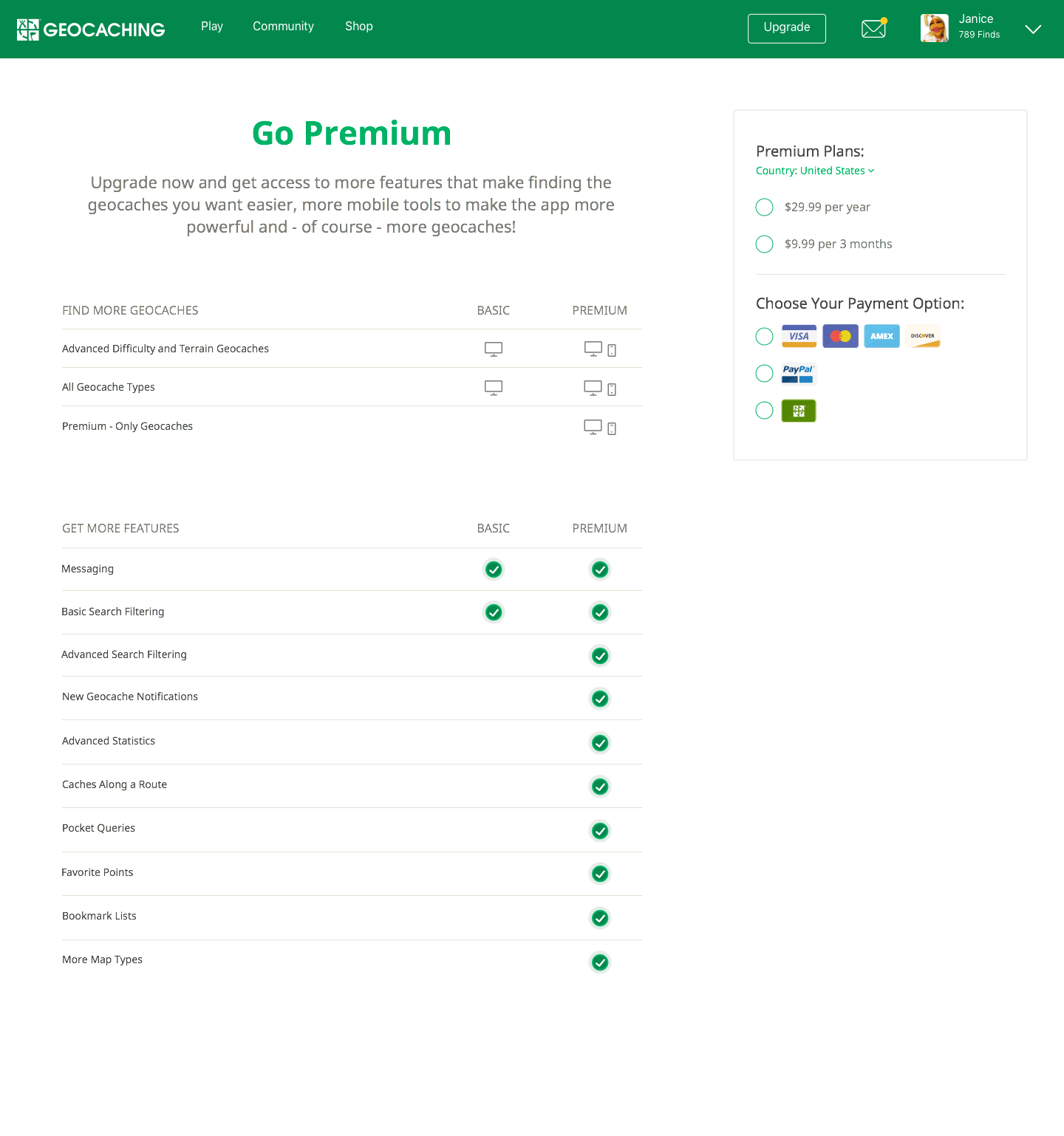 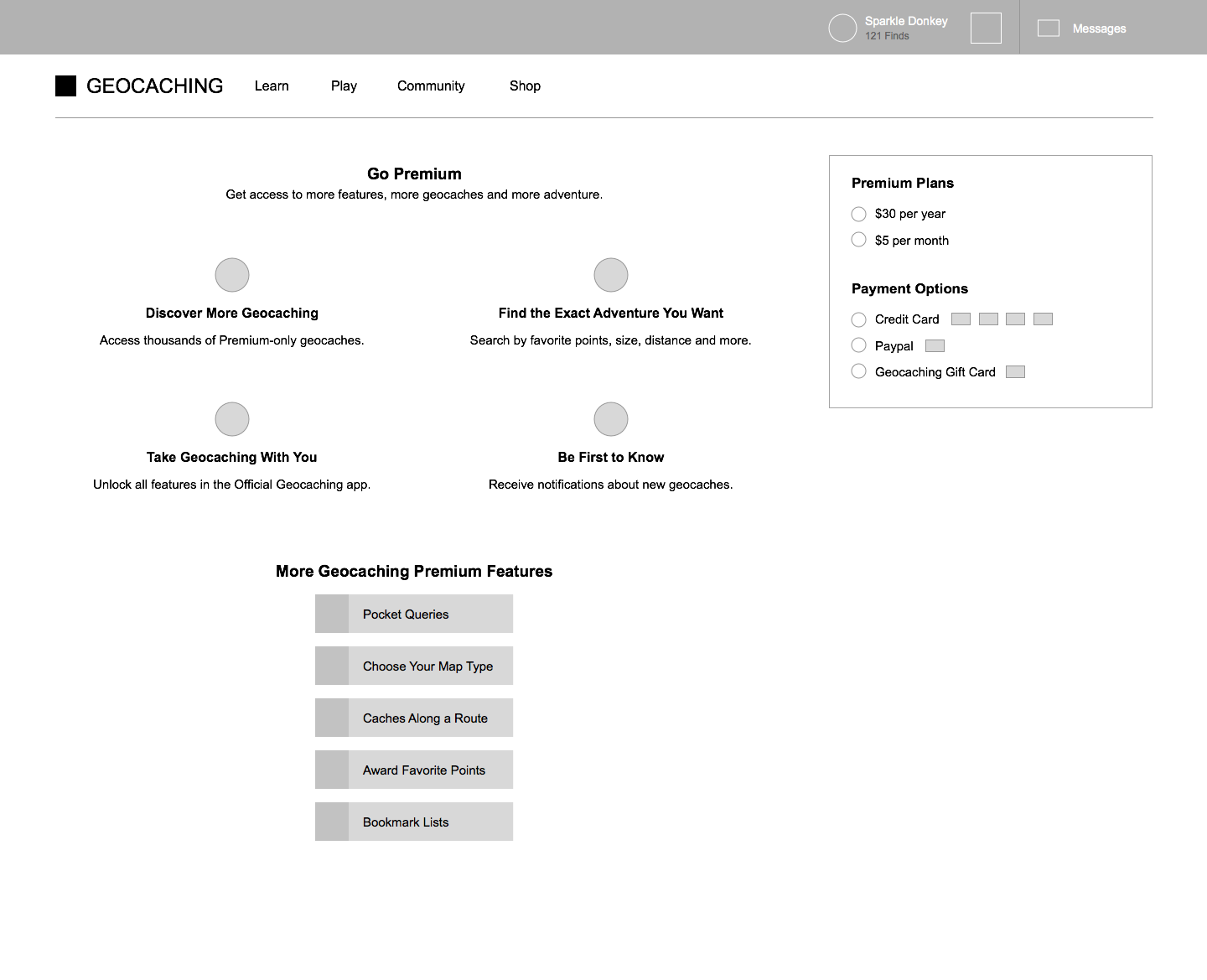 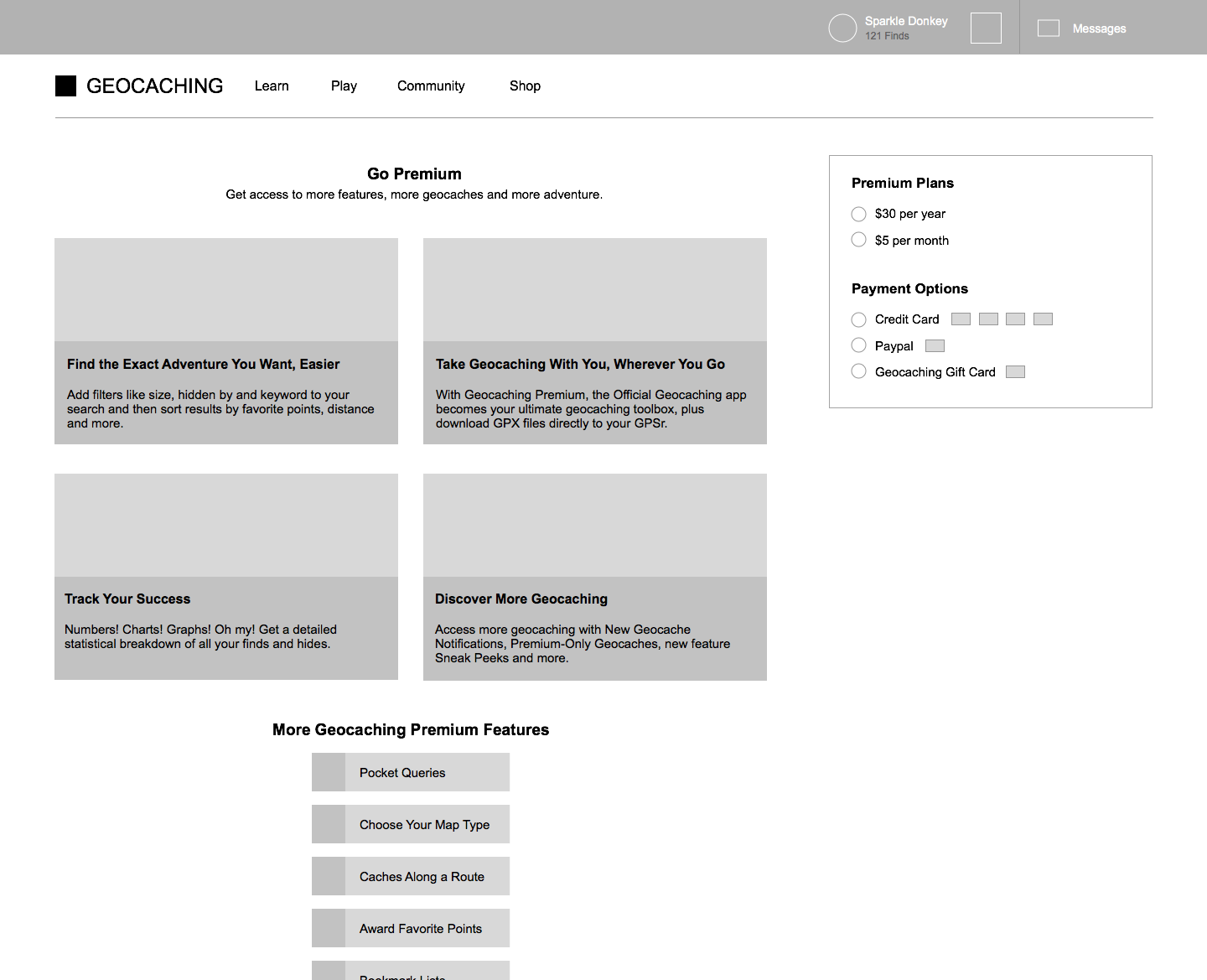 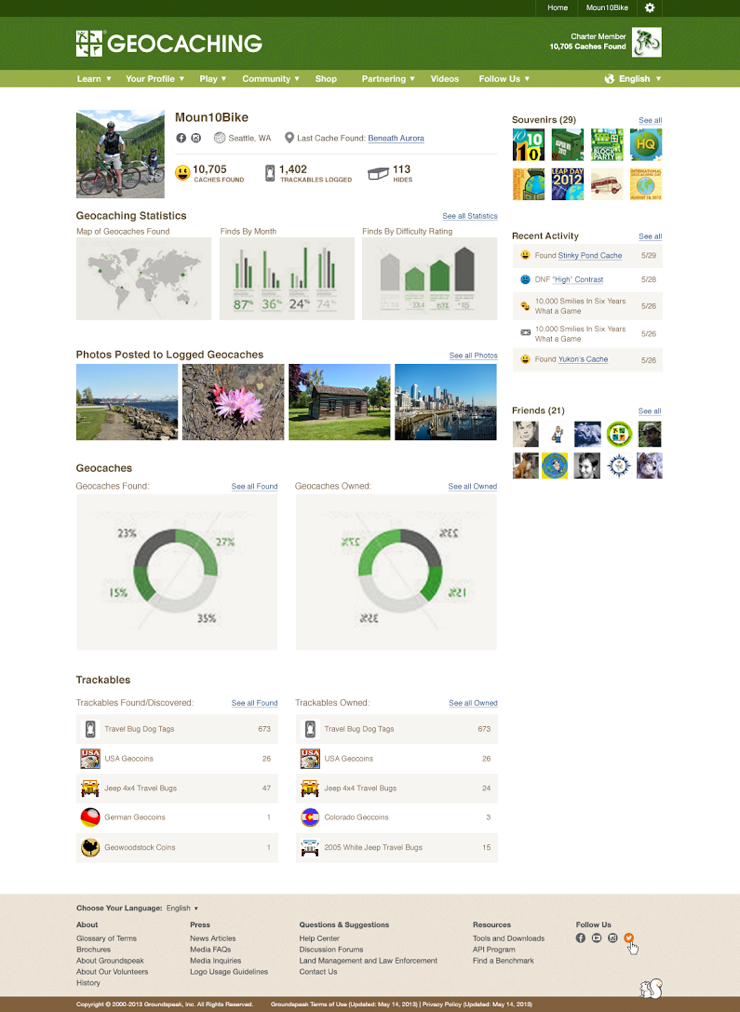 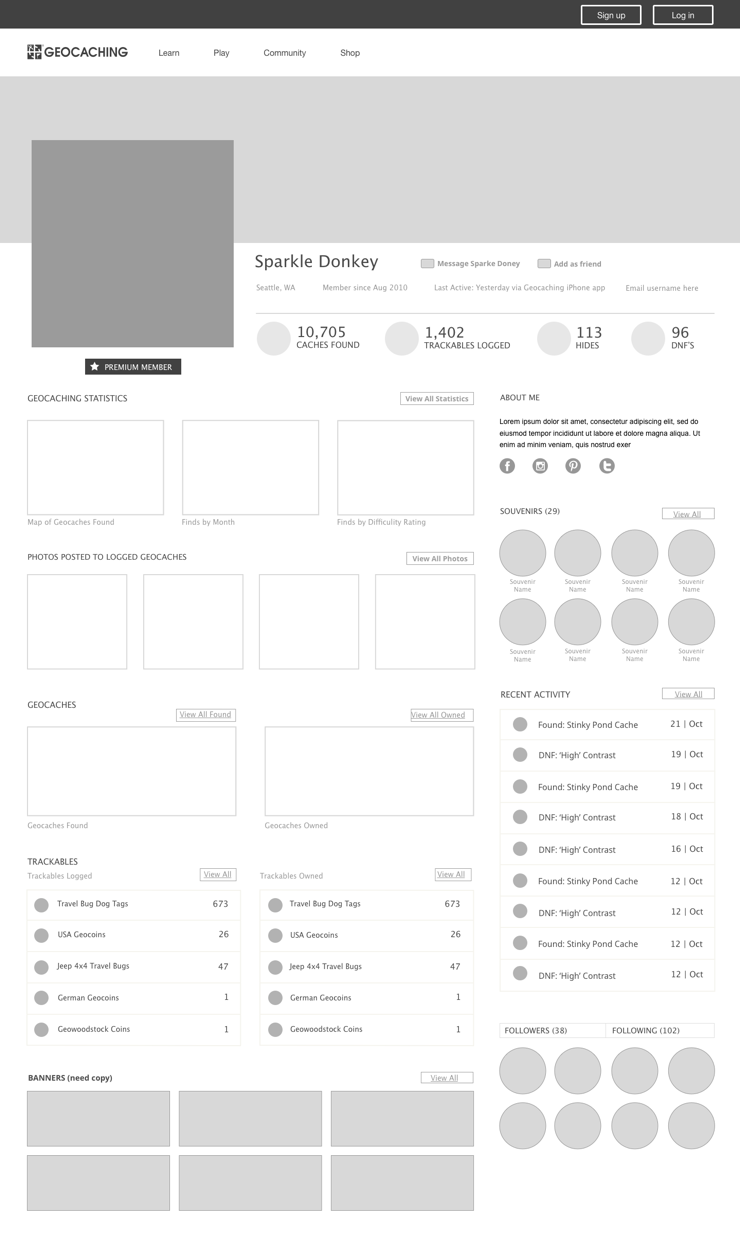 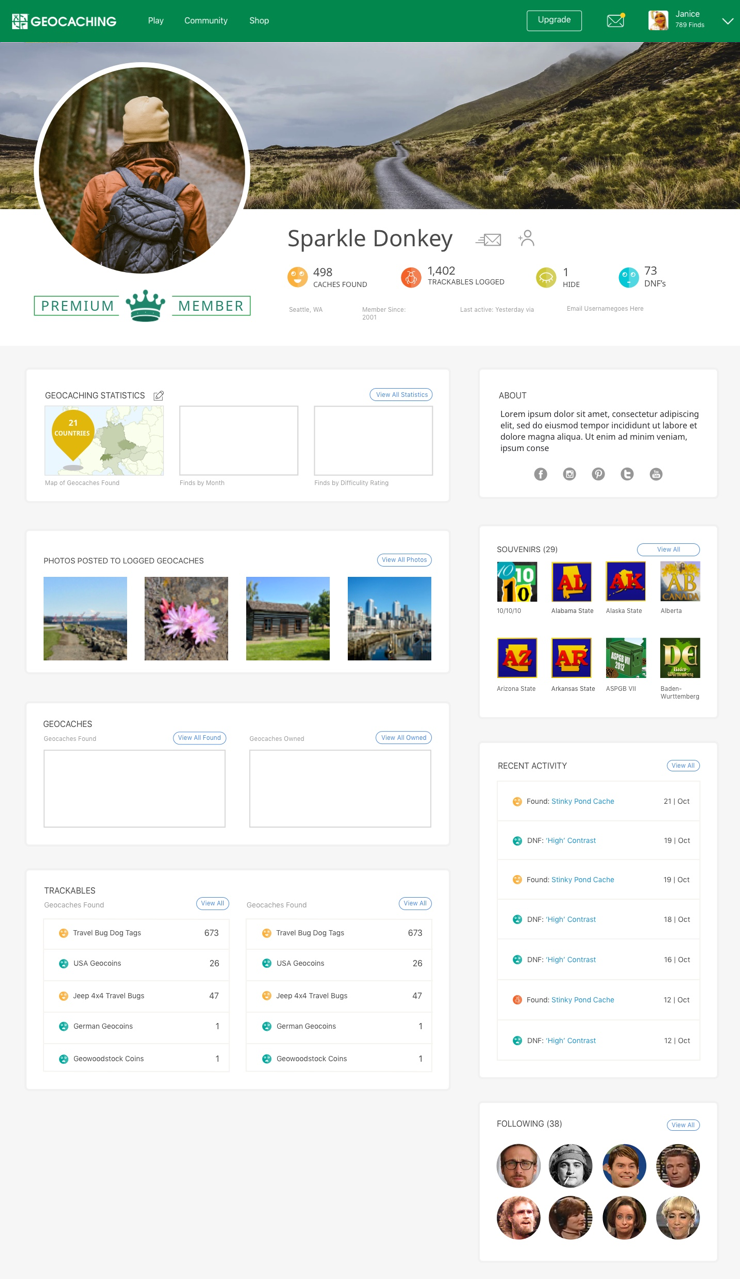